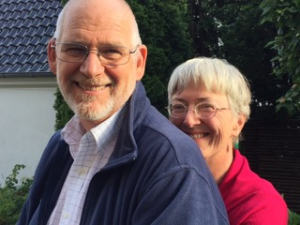 My wife, Marianne, and I have used SCT methods in our marriage. When we first heard about “role locks”—complementary role dynamics that result in conflict—we recognized them immediately. Fairly regularly we would get locked into conflicts that we could not get out of except by taking a break, going on our own and then coming back as if nothing had happened. That was fine in the short run—it prevented arguments. However, in the long run, tensions built up and when something triggered another conflict—often something quite small like the tone of voice of a reply the deep anger or fear would arise again but even stronger. There were times when the emotion was so strong and the sense of connection with one another was so low that I was certain it was time to divorce. I thought I was the only one having the experience; however, I found out later that Marianne was thinking about it too—even though another part of us loved each other and wanted to stay together and let our relationship develop.

After taking the SCT foundation training, we began using functional subgrouping (FSG) which included reflective listening where one of us would say something and the other would repeat it back. This simple method helped identify the differences behind the conflict. This was VERY helpful. Once the differences were identified and reflected back, the fear and defensiveness went down since I knew Marianne understood what I was saying and vice versa. This made it easier to explore the differences one at a time—another part of the method. For example, first Marianne and then me. FSG slowed the conversation down and helped separate facts from opinions. FSG helped rebuild our sense of connection, find common ground as well as solutions.

Using FSG we identified the roles we would go into. As the roles were explored more deeply, we discovered that they first developed when each of us were quite young as a way to adapt to our family context when our parents fought or the family was unstable. Because the roles did help us get the positive attention and care when we younger, the unconscious idea was they would work in the present family context. Alas, they didn’t because we were not children anymore!

As we have used these methods these destructive role dynamics have gotten much weaker. We often joke about them now when they come up—and our love and respect for each other has grown and deepened.